← back to
Running Back
Get fresh music recommendations delivered to your inbox every Friday.
We've updated our Terms of Use. You can review the changes here. 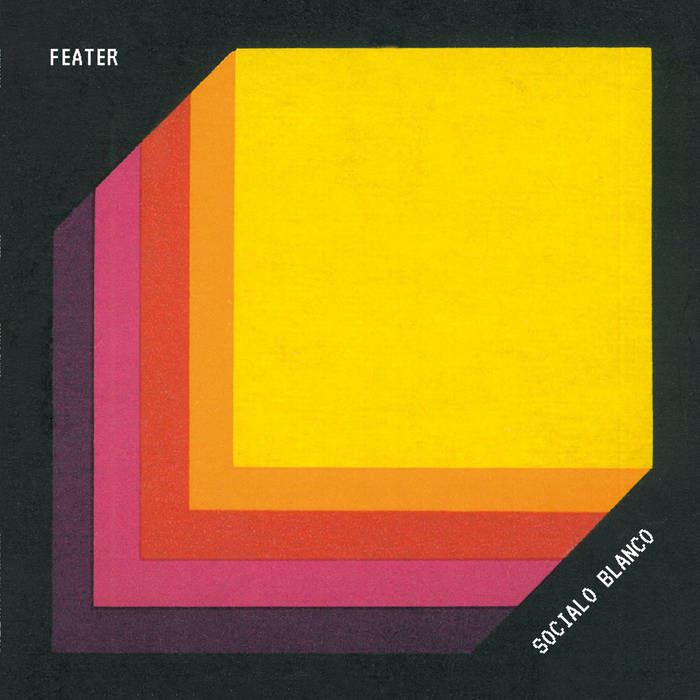 Sometimes, - despite today’s high-octane, fast-track and hyper-hysteric music business - you come across things that seem so pure, perfect and poetic that it almost hurts. „Socialo Blanco“ is one of these objects.

It appears understated at a first listen, startling at the second and totally enamouring by the third run. To lay it all out on the table: it sounds like a Music from Memory re-issue, looks like a Growing Bins Records discovery and feels like a flea-market-hippie-uncle-record-collection find.

Based on the language (coincidences and misbehaviour included) and direction of the classic EMS Synthi AKS and recorded by hand and directly to tape (no midi, no sync, no computer), it is at once out of time and out of touch with current sound aesthetics, but that only makes it even more contemporary (vintage) - like a great piece of furniture.

Unsurprising, if you know that Feater is helmed by Daniel Meuzard. Hailing from Vienna and having made a name for himself as a trustworthy and skilled studio equipment dealer and working closely with producer and studio engineer Sam Irl, the man has a knack for turning yesterday into today.

Already is his project’s second album, „Socialo Blanco“ is the result of all of this and some magical and effortless sessions. The voice of Vilja Larjosto from Finland and Ghana’s Eric Owusu (Pat Thomas, Ebo Taylor) on percussion, spontaneously invited to the recording sessions by fellow Viennese Giuseppe Leonardi, are the icing on the cake. All of that and especially the non-conformist pop song „Time Million“ symbolizes the heart and soul of an album that deserves to be billed as as such. And that is no mean feat.

Vocals and lyrics by Vilja Larjosto.
Percussion played by One Take Wonder
Eric Owusu on Don Moneyiere,
Time Million and Gold Matches.
Claps by Sam Irl on Gold Matches.
All other instruments played
and programmed by Daniel Meuzard.
This album was recorded, mixed
and mastered at the International
Major Label Headquarter, Vienna.
Technical support by
Elektroakustik Wagner.
Halfspeed cut by Miles Showell
at Abbey Road Studios.

Feater is helmed by Daniel Meuzard. Hailing from Vienna and having made a name for himself as a trustworthy and skilled studio equipment dealer and working closely with producer and studio engineer Sam Irl, the man has a knack for turning yesterday into today. ... more

Bandcamp Daily  your guide to the world of Bandcamp